Ritual Dance in a Buchlidian Temple is my first fully performable patch on the Buchla system without the aid of additional processes inside of Max/MSP (except for fzero~ for tuning and a bit of reverb). The piece is based on a drone and uses a sequence which is primarily built on the Dorian mode, a scale heard in many religious musics worldwide. It is not notated, but instead improvised on a basic formal structure which is predetermined. It begins slowly and gradually builds into a ritualistic dance. The term Buchlidian is one that I have borrowed from Todd Barton and Dr. Robert Coburn, which is used to describe the sonic realm of Buchla instruments. I performed the premiere of this piece during my senior recital at University of the Pacific on November 28th 2018. A screen shot of the simple Max patch used for tuning and reverb is available at the bottom of the post. 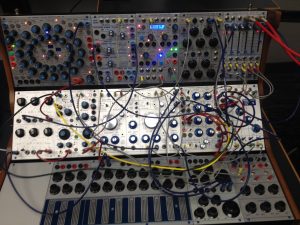 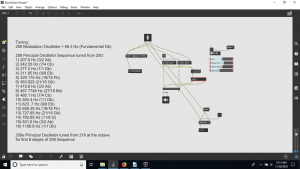 One thought on “Ritual Dance in a Buchlidian Temple”